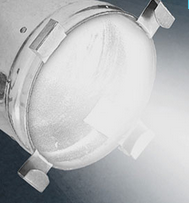 Transparency International – Bulgaria, Independent Observer of the procurement for Zheleznitsa tunnel part of Struma Highway, addressed the management of the Road Infrastructure Agency (RIA) with questions regarding circumstances which led to the above mentioned tender’s suspension.

The public procurement for the tunnel, which is expected to be the longest in the country, was surprisingly terminated by the Contracting Authority (CA) just a week before the selection procedure should have ended.

‘We are rather concerned about the yet another obstacle for implementation of the tunnel project, which is object of our monitoring’ said Kalin Slavov, Executive Director of TI-Bulgaria. ‘Moreover, further delays of any part of the Struma Highway puts at risk the European funds meant for its build.’

According to media information, the emphasis in the tender termination motivation is on the loss of part of a submitted offer, which was pointed to be the general motive for suspension of the tender. However, this very motive was only briefly mentioned, one short sentence hidden among the others, described at length motives in the termination decision of the CA.

Several questions arise. There is no explanation on how the documents, which should be subject of restrictive access, went missing. No explanations on why the video surveillance was not working at that exact moment. There are no indications of an internal investigation, meant at imposition of disciplinary responsibility. Questions arise on the other four motives in the CA’s decision as well. The RIA was (or at least must have been) aware of them at the time it received the project from the former CA – the National Company “Strategic Infrastructure Projects”. If these alleged misdoings could cause unlawful procedure, why did the RIA decide to proceed with the bidding phase last summer rather than terminate the procedure? What were the reasons that made the CA change their mind?

The Integrity Pact included CA’s commitment to provide the Independent Observer with access to information and documents which are not publicly available. The obligations of the Independent Observer, on their side, involve publication of analytical monitoring reports meant to shed light on the processes which are otherwise “hidden” to the broad public. Despite the multiple efforts for a pro-active cooperation, so far the access to information was provided under long delays and selectiveness.

The TI-Bulgaria monitoring team will continue the observation of the project implementation. The expert legal opinion on the CA’s decision motives will be published shortly.

For more information regarding the monitoring of public procurement procedures please visit http://integrity.transparency.bg/.