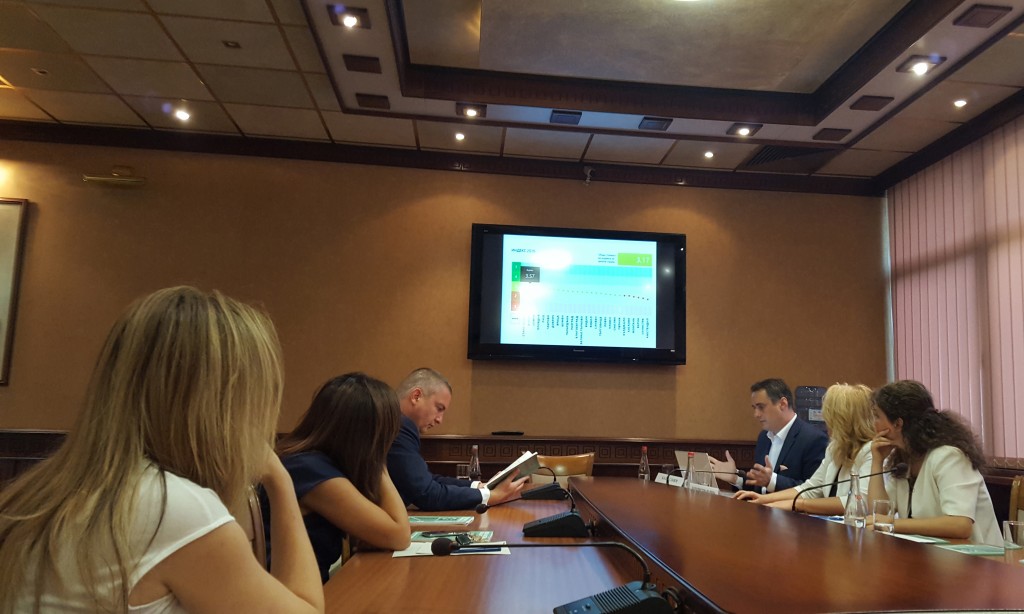 Varna Municipality is among the municipalities which have to develop their own Local Integrity System Index.

On Friday, 28th July 2017, TRANSPARENCY INTERNATIONAL – Bulgaria held a discussion with the municipality which take one of the last places at the Local Integrity System Index 2016.

Within the frames of the meeting with the participation of the Mayor of Varna – Ivan Portnich, several councilors and representatives of Varna Municipal Council a few good practices and new models of interaction between the administration and the citizens were the subject of discussions.

The weaknesses of the local Integrity System Index in Varna Municipality, pointed out by our team of experts, launched a discussion concerning the work of the Mayor regarding the implementation of important management decisions and the information published on the municipal website, the usage of accountancy mechanisms on the part of the Mayor and his team plus the lack of transparency and publicity of the municipal council.

Among the positive examples having its part within the integrity system is the work of the municipal administration and the ethics standards which jointly represent the basic instruments for a substantial contribution for optimization of the local integrity system environment.

During the discussion the team of TRANSPARENCY INTERNATIONAL – Bulgaria suggested Varna Municipality to support the idea about a local Ombudsman who would possess the potential to enhance the dialogue between the local authorities and the citizens.

Within the frames of the discussion measures were noted down and a preparedness for cooperation was expressed in order to achieve better results regarding the increase of effectiveness, transparency and accountability at the work of Varna Municipality.

The results from Local Integrity System Index of Varna Municipality could be found at: http://lisi.transparency.bg/en/post_year/varna-2016-overall/